If you had a million dollars to go anywhere in the world, where would you go? When travel restrictions are lifted, what is the first country you want to go to? Out of all the countries you have visited, which is your favorite? These are just some of the questions my friends and family have asked me since I started traveling. For me, the answer is always the same, Japan, and more specifically, Kyoto.

Kyoto is often overlooked by other tourists for Japan’s capital city, Tokyo. Tokyo is a metropolis that has much more to offer in terms of world class nightlife, restaurants, and shopping than Kyoto. All of those are, oddly enough, the exact reason I chose not to go. That’s not to say I will never go to Tokyo, I simply wanted to go to the traditional Japan that I saw in movies, explored in video games, and read about in books. I wanted to explore shrines, gawk at pagodas, and wander through centuries old alleyways while eating onigiri from a brand new 711. Kyoto is that Japan.

I had the opportunity to take my first solo trip, without knowing a lick of Japanese, on Christmas Day in 2017. The flight was a grueling 17 hours from New York to San Fran, and then finally to Osaka. The JR Haruka Express, which roughly costs $25, leaves from the airport, and gets you to the heart of Kyoto in just over an hour. Accommodation in Kyoto is relatively cheap, with hostels ranging from $10 to $30 a night for a dorm or capsule, or you can opt for a traditional Ryokan if it fits your budget. Shortly after my arrival I gulped down a beer at the hostel bar, ate a fried chicken sandwich, and crawled into my pod in a room with 35 other people for a well-deserved slumber. The next five days were jam packed with visiting sites and adventuring through the city. These were my favorites:

Fushimi Inari-Taisha (Google pin here): The famed Shinto shrine of nearly a thousand torii gates dedicated to the god of agriculture and prosperity. It is open 24 hours a day, is completely free, and is a five-minute walk from the train station of the same name. I recommend getting there as early as possible to avoid crowds. I was jet-lagged and fortunate enough to get there at five in the morning and had the shrine to myself. I was followed up the foggy mountain by a cat who managed to bob and weave gracefully through the looming shadows of the gates, while a group of crows continuously cawed in the distance. It was truly an eerie experience. By the time I was coming down about two hours later crowds were already starting to roll in.

Kinkaku-ji (Google pin here): Otherwise known as The Golden Pavilion, Kinkaku-ji is a world heritage site and an absolute treasure. The actual pavilion has burned down and been rebuilt several times since the 1400’s. The gardens and surrounding areas are truly serene and worth the $4 entry fee, even though the actual building is closed off to the public. Take your time to really soak in the relaxing atmosphere here, and before you leave the premises stop in at the Visitor’s Tea House for a traditional tea ceremony. Matcha isn’t particularly my cup of tea, but the experience was worth it.

Gion/Higashiyama (Google pin here): Gion is the old entertainment district of Kyoto and home to the Geisha. If you’re lucky enough, you may be able to spot one walking through the area, but it is quite rare. I would recommend learning the subtle differences between Geisha (Geiko in Kyoto) and Maiko, who are their apprentices, if you are planning on ‘Geisha Hunting’. This area of Kyoto is also home to Kiyomizu-dera, a gigantic Buddhist temple that sits on top of the mountain overlooking the entire city, as well as the Yasaka Pagoda, and Ginkaku-ji, or the Silver Pavilion. Whereas Fushimi Inari and Kinkaku-ji were among my favorite sites, Gion and Higashiyama were my favorite neighborhoods to explore. Pop into the shops, try black sesame ice cream, eat udon, and get lost here- you won’t regret it. 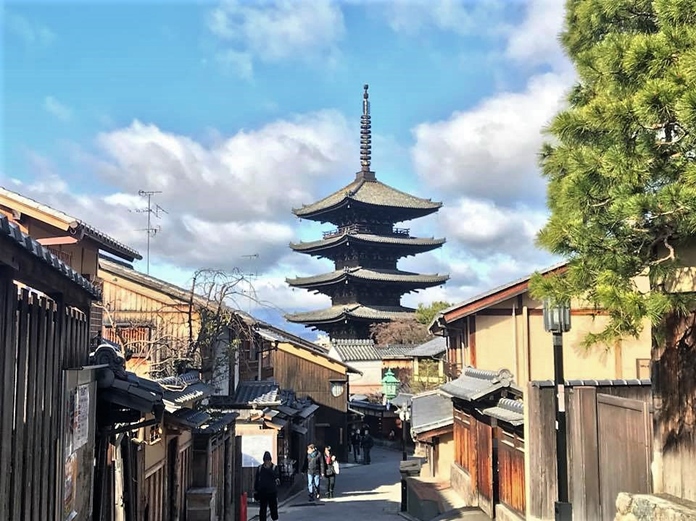 Arashiyama (Google pin here): If you’re reading this, then you’ve probably seen the pictures of this infamous place somewhere on social media– the ones of the bamboo forests shooting up towards the heavens with people in traditional Japanese garb. I would love to know how those people got those photos, because this place is absolutely packed. Aside from the crowds, the park is truly remarkable and worth a visit. There are also several shrines and temples in and around the park that offer seclusion if the swarms of people looking for the perfect shot are making you anxious. Aside from the bamboo forest you can stroll over the bridge that crosses the Oi River, and hike up to the Iwatayama Monkey Park, where you can purchase food to feed the monkeys that inhabit the area. They can be quite aggressive when it comes to food, so be on your toes!

Osaka (Google pin here): Okay, so it isn’t Kyoto, but if you’re going to Kyoto, you’re most likely flying into and out of Osaka, so why not get a little bit of city life in for the day? You can catch the Shinkansen Bullet Train at the Central Station and be in Osaka in just 12 minutes! This is typically an hour bus ride, or about 45 minutes via the JR line. During the day I walked the grounds of Osaka Castle and walked around the pre-war district of Shinsekai, which up until recently was one of Japan’s most dangerous neighborhoods. Although this trip was mostly low budget for me, I decided to splurge on a Kobe Beef dinner at a high-end restaurant. Unfortunately for me, the restaurant was fully booked. Thankfully, the host was more than kind enough to walk me to another restaurant that dished out melt-in-your-mouth steaks with beautiful marbling. I decided to walk dinner off with a stroll through Dotonbori, which is the theater and entertainment district that lines the canal. I would compare Dotonbori at night with the likes of Times Square, if Times Square had a canal flowing directly through it. Both sides of the canal were lined with vendors selling trinkets, and easy grab-and-go food like Okonomiyaki and Takoyaki, which are Japanese savory pancakes and fried octopus balls, respectively. Every now and again a boat cruise would pass by with tourists looking up and snapping selfies with the backdrop of the Glico man, an Osakan icon. I finished the night off devouring pork gyoza on the Shinkansen back to Kyoto. It was indeed a perfect day trip. 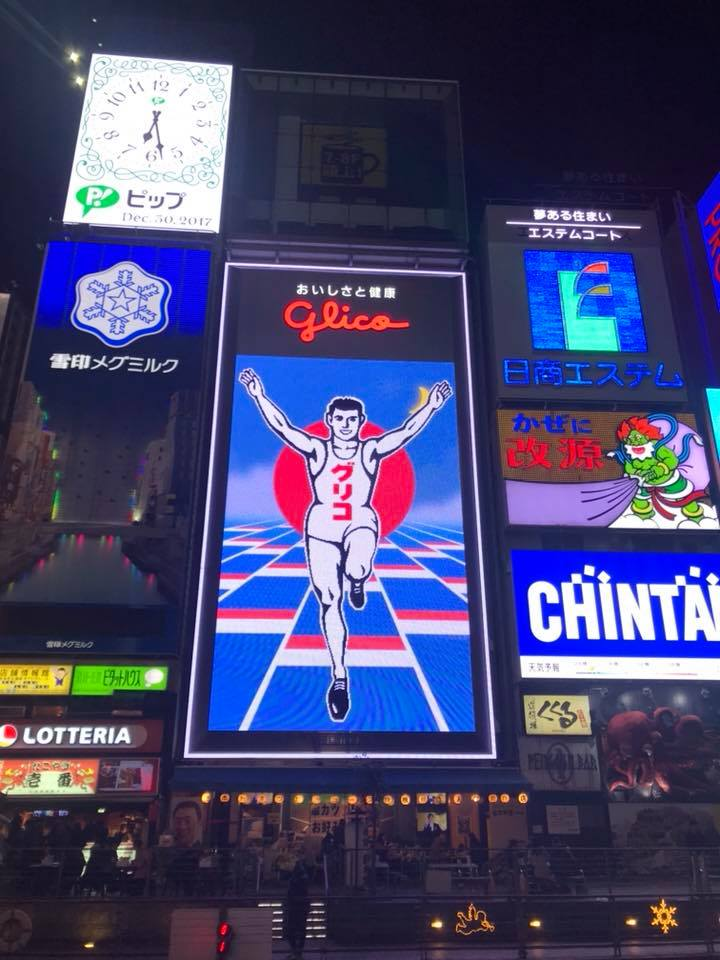 In hindsight, I wish I had more time to explore Osaka, and the truth of the matter is, I did. I had set aside two full days to explore the city, but I loved Kyoto so much that I cancelled my plans and opted to explore Osaka in less than 12 hours, and immerse myself in the beautifully historic city that is Kyoto.

So where will you find me when the dust of this pandemic has finally settled? Japan- more specifically, Kyoto.